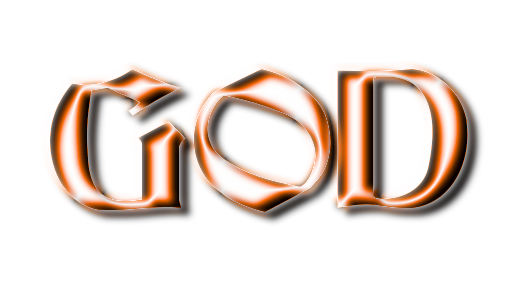 God also owns the population of the earth. He owns you and I. "YOU ARE NOT YOUR OWN, YOU WERE BOUGHT WITH A PRICE."

In another Scripture we read, "THE EARTH AND THE FULLNESS THEREOF IS THE LORD'S."

There is no doubt for those who believe holy Scripture to be inspired of God, that God owns everything. There are other Scriptures telling us of the ownership of the worlds God has created through his Son, Christ the Lord. It is logical for the Creator to be the owner, but did you know few people in this present world recognize God's ownership of anything.

Strongmen have established dominions throughout the history of mankind, but who owns their lands and their resources and their subjects now?

Men die, nations crumble, property changes hands. But always "THE EARTH AND THE FULLNESS THEREOF IS THE LORD'S." Men sell what belongs to God ....to others, but really the transactions are as temporary as life itself.

Many Mexicans believe they are taking back what was stolen from them, as they continue a population explosion across the Southern United States some refer to as the invasion. The flaw in that kind of racist thinking is they never owned any part of the world we live in. It has always belonged to God, and if we are virtuous to acknowledge Him as ONE NATION UNDER GOD He will permit us to live in peace. The idea of taking back land stolen from Mexico is war talk, and no race is going to profit from Civil War in America.

Other races complain about Latino's taking all of the available jobs. There is an element of truth to their complaint but do you realize land owners invited Latino's to migrate into the States long ago so they could be hired as cheap labor. Many of them stayed and became citizens. Many more trudged across the border illegally for work that has always been hard to find South of the border.

Latino's are like any other race,...they prefer their own. So Latino neighborhoods and cities have come into being throughout the Southern parts of the United States tucked in between White, African American, and Oriental communities. The accumulation of races in their own conclaves is a recipe for Civil War.

America was a white dominated nation for a long time, but so many people have migrated into the United States, white domination is no longer obvious. White men thought Ameica belonged to our race, but once again the same principle is true. Ameica never did belong to any race. It has always belonged to God Almighty.

Were every citizen in America to realize the nation belongs to God, the idea of a race war would be reduced considerably.

Were the people of Ameica to return to a LOVE YOUR NEIGHBOR mindset, peace could be assured.

It is true the Latino people have flooded into the country and have taken the lower end of the job market into their possession. It is also true they have become the skilled laborers who keep American society going across the Southernmost States. Any thought of removing them is utterly foolish. The economy would collapse.

There are always going to be problems to be worked out between the races. Do your part to always be sensitive to the needs and the hurts of Americans of other races you come in contact with; to make sure they know you are on their side as long as they do right.

You will enjoy your life so much more if you plant LOVE OF NEIGHBOR where-ever you go in American society always remembering this great nation and its incredible wealth belongs to God Almighty irregardless of what our fellow citizens might suppose.